I am at work. Blerg. I have not updated this bad boy in a long time and I have one or two drafts hanging out waiting for me to get back to them and finish. But I have been busy! 2018 is The Year of Doing Stuff!!! I have been doing things! I have traveled! Gished! Made new friends! Traveled and then traveled some more and made more new friends! Fun times aren’t over but I fear they are going to be greatly reduced for the foreseeable future. I should use the time to get that mammogram I keep putting off.

But I have stories to tell! Pictures to post! I have shit to say!!! Here is a brief synopsis of all the fun I have had thus far.

So, travelling. I did some and this time it wasn’t a miserable time. The last few times I went anywhere it was to Oregon and I did NOT have a good time. There were dead people, weird memorial services (I think that one is maybe covered in a previous post), crazy family and active alcoholism. Plus, shitty beach weather. I need non-shitty beach weather and a good warm beach for a while. But that will have to wait.

So my gal Lisa got married to Dom and I performed the ceremony. I got one of those minister certificates just for that. So, now I am qualified to take care of all your christening and marrying needs. Whoop! That was such a great trip and it really started out as a HUGE cluster fuck. A winter storm across the mid-west delayed and cancelled flights for soooo many people and I was a casualty. I had plans to stop in Portland and spend the night with my brother in Salem then take the train from Salem to Seattle the next day, but that was nixed – I didn’t get into Portland till after midnight. I tried really really hard to make it happen and so did the lady on the phone for SW but nope. Had to change my train and plane reservations. I left the day I intended, only a few hours later. Flew to Denver, changed planes, flew to Houston, sat on the tarmac FOREVER, flew to Las Vegas, changed planes, flew to Portland. Got an Uber to the least sketchy hotel by the train station I could find and think maybe I should have looked a little harder. I was convinced that the front desk guy was a psychotic killer so I moved the table with the microwave on it in front of the door and slept with my sewing scissors. The next day was a crash course in the light rail public transportation of Portland, Oregon. I FIGURED IT OUT. But had to cart my luggage all over and barely made it to the train station on time. THE TRAIN RIDE WAS AWESOME. But motion sickness was a real thing. Mind you, at this point I am operating on about 2.5 hours of sleep and only two apples and some peanut butter. Miracle here is I was not cranky and did not cry. I was pretty good till about three that afternoon (after making it to Seattle and then following Dom around the city while he navigated the light rail system there for me) I about passed out in a bookstore. He parked me in a nice little coffee shop with some nice strong coffee and came back for me later. THEN I RODE A FERRY. I had never ridden a train or ferry and I did both in one day!! I was vibrating I was so tired and caffeinated though. (Let’s make this story shorter, shall we?) So, the Airbnb was so super fab. I was SO SUPER FAB. I’ll put some pics of the view after this. We had a nice few days, some shopping, some dicking around Seattle and Vashon Island (where we were staying). We got the cute couple wed, ate great food and saw beautiful things. I was so fine despite all the people, noise and stuff and usually too much of that stresses me the fuck out. I finally had a mini breakdown in a Starbucks somewhere in Seattle on the way to the airport the day I left. I can’t live in Seattle. But here are some pics:

Oh wait, ha ha, I lied. I don’t have the Seattle trip pics where I can get to them here. I’ll do a pic post later.

So I love NM. It was where Ric and I got married and I have a lot of good and bad memories there but I just love that state so bad. I could probably live there. We stayed in Taos in this great Airbnb that comfortably slept all eight of us. EIGHT WOMEN. IN ONE HOUSE. NO ONE CRIED. There were a couple tense moments but nothing ever exploded into Lady Madness. It was so beautiful everywhere. Nothing really crazy stood out though, we were all pretty chill. Four of us went on an epic hike though and I damn near peed my pants it was so fun. We got sunburned, dehydrated and slightly lost but it was worth it. Trip pics below: 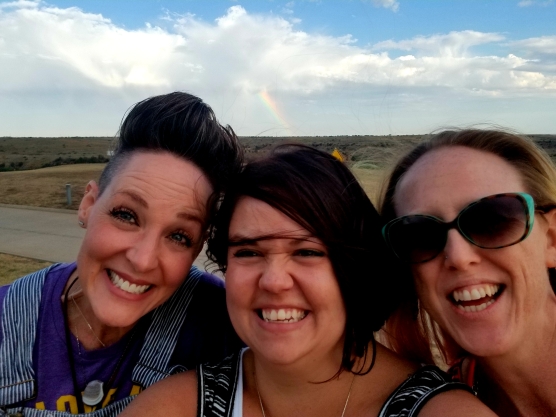 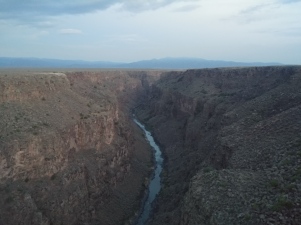 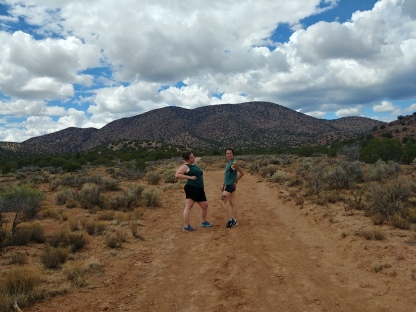 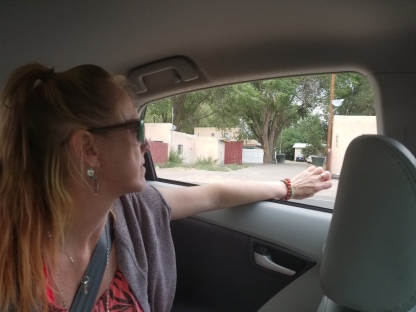 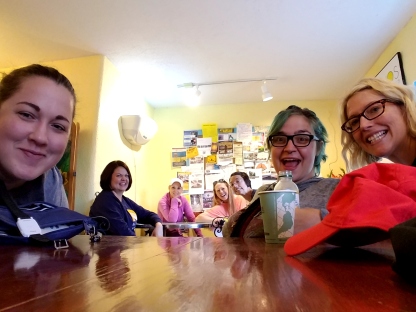 That was a whirlwind and it was awesome. I laughed so hard with my new friends and can’t wait for next year. Well, maybe I can because it’s hard. But still, I am looking forward to it. This year was different from last year. There is an app now and everyone on the team was from here. Had about the same number of people participate though. I think that it’s just a Gish thing that people will ghost your team unless you’re like a fucking pro team or something. ALSO, we had challenges up to the actual hunt and that was fun fun fun!!! Here are some pics with my new GFF’s: 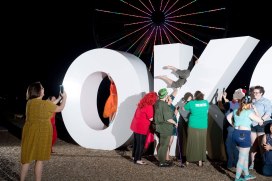 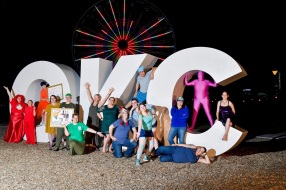 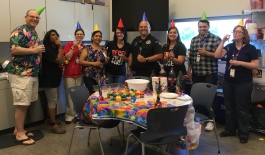 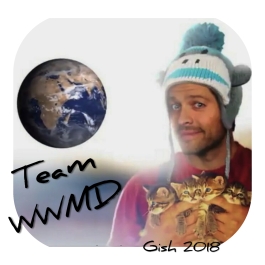 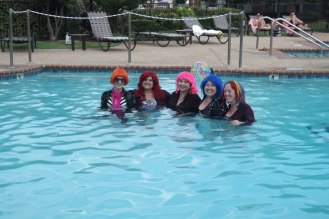 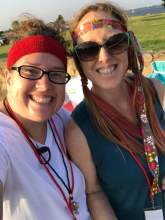 Oh holy fucking Christ almighty on a mother fucking cracker with cheese. That was one hell of an experience and I am still riding that one. Good god. Ok, so it was fun, scary, overwhelming, weird, exhausting and mind blowing. I met the cast of Supernatural. I cried in front of Rachel Minor. No, I cried AT her. And she was so nice!!!! KIM RHODES HUGGED ME. JENSEN ACKLES SMELLED SO GOOD. HE HUGGED ME TOO. AND HELD MY HAND. TOLD ME HE LIKED MY HAIR. LAUGHED AT ME IN THE PHOTO OP. JARED PADALECKI  HUGGED ME AND SQUEEZED MY ARM. BRIANA BUCKMASTER ALSO SAID SHE LIKED MY HAIR. MISHA COLLINS MADE A POOP JOKE AT MY EXPENSE. Turns out I really am quite good at embarrassing myself in front of famous people. That’s pretty much what I did all weekend. I FINGER GUNNED MISHA COLLINS FOR FUCKS SAKE. #ilikeraisins So the pics for that will have to be posted in another entry since they, like the Seattle pics, are not where I can get to them right now. So, with old friends, old/new friends and new friends I will be going to NashCon in March. So I can make another fool of myself. There are so many things to tell. I may share some in the picture post I make later. Jesus fucking Christ I’ve never had a time like that in my life.

So, ending this scintillating blog adventure here. I shall return sooner than last time and with more pictures and maybe a good story about my awkward ass.

Mmmmm, well I'm pretty scattered most of the time. I get distracted easily. Also, a bit of a dork, and even though I hate that word, it applies. I think I'm pretty creative and artsy fartsy. Food is pretty wonderful. My favorite things to do are read, work in my yard, laugh till I pee and feel good. I'm a Pisces. Coffee isn't delicious but I still love it and my dogs are the most awesome dogs ever, even the ones that have moved on to the next plane of existence. I'll take pictures of stupid shit and enjoy it. I can be squishy, sentimental and emotional but I fucking hate crying or showing you my real feelings. I am a terrrrrrrible speller. View all posts by concentrationlost