So I graduated from college with a BA in Graphic Art. Not computer graphics, but 2D art, like painting and drawing and shit. But I am not good at that. I’m ok with water-color I guess and I like oil painting but am really bad at just plain drawing. If I spent more time working on it I bet ya I’d improve. And I do love dicking around with sketching and stuff. I love color – it’s what I love about painting. I love mixing and using color and I usually end up with something different that what I originally planned. That’s not what this is about though. When I had to take a 3D class and ceramics I went THIS IS WHAT I LOVE. I have always loved doing things like that, putting together weird creations with sticks and leaves, making crowns and shoes and belts and bags with the giant leaves off the ancient mulberry tree in the front yard. I would use paper and markers to make dresses and flip-flops and crowns (what kid doesn’t need a freaking crown and flip-flops?). I would play dress up with my grandmothers fancy gowns and use her jewelry to make (yup) crowns and belts and bras (I don’t know – it was before I got boobs so I was fascinated I guess). I pissed off my mom because I kept taking my music boxes apart to see how they worked. My record player too. Getting older I started doing those friendship pin things, with the weird plastic beads that have the three ball things and fit together and safety pins. Moved up to embroidery floss and knots for friendship bracelets and graduated to seed beads, big beads, glass beads, all beads for necklaces and earrings. In highschool if figured out I liked messing with fabrics, making clothes and bags and shit. I discovered ceramics too.

But college made it all come together for me. I learned basics and techniques. I learned what I really like and what I don’t. I learned what I’m good at and what I fucking suck at so bad. The top three, silversmithing, fiber arts and ceramics. I love those. And since then I’ve wanted to make and sell shit for a living. But fear, insecurity, self-doubt and then more self doubt, alcoholism, relationships, excuses, bills, fear, and ad infinitum kept me from doing anything.

So now, 18 years later, I am finally taking action. My skills are rusty and so is a lot of my equipment. I’ve had to replace some thing and get out a couple of old books. I’ve reconfigured the art room, added shelves and shit. Got my flex shaft set up, made a spreadsheet, and pulled together supplies and stuff I’ve made, started and never finished and ideas I never started. And then just opened the shop. I have a few things up and more to get pictures of to post. I’ve sold two things already!

I have to keep reminding me that it does not need to be perfect the first time. I need to keep telling me that it’s a process and takes a bit to get in the groove. I won’t have a trillion customers all at once and it’s totally ok if my inventory and skill grows slower than I want it to. What’s important is that I am taking the action.

So, there you have it.

This is fucking terrifying. What if I fail? My stuff isn’t that good. People won’t like it. It’ll never sell. I suck. I will fail fail fail and people will laugh at me and the world will melt and burn and we will all die a horrible and painful bloody death.

That is what my head tells me.

But man, gonna do it anyway. If the planet explodes, I’m really sorry. 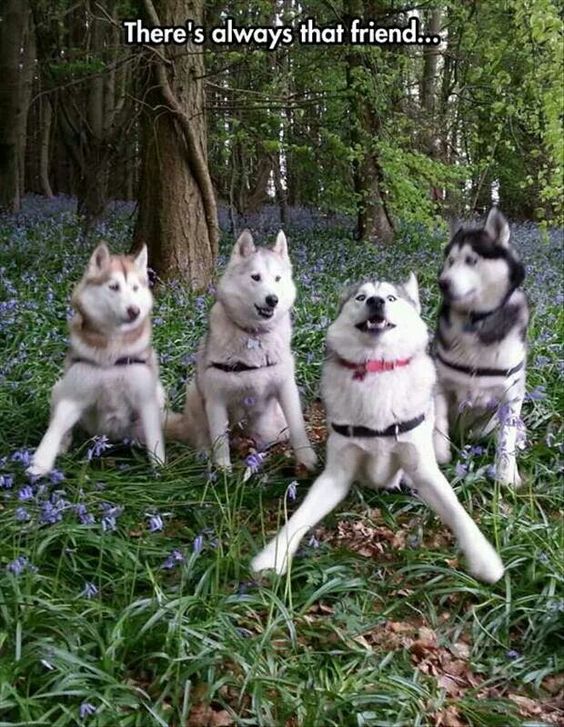 Well I am trying something new. Not only am I new to this whole blog thing but the Daily Prompt is like less than a minute old in my life. Saw the prompt and went ‘hmmmmmmmm’ the clicked and here we are!

So the Partner prompt didn’t make me immediately think about a spouse or significant other. I don’t have either. Don’t have a business partner. Nor a partner in crime. Weellllll, actually……. I have several partners in crime and it feels good. They are my teammates on our Gishwhes team. They are my friends and my friends friends. And we just had a fucking Gish experience together before the hunt has even started. There’s so much and I’m still trying to find my footing again. I got pretty stirred around inside and I don’t think I’m good with a lot of internal emotional stirring. What I want to do is have my cry fest by myself, eat a fucking cheeseburger and then either zone out in front of a tv show, do some balls to the wall gardening or just read. Escape. I want to escape. I don’t want to feel this but alas, I am.

What happened may not seem like that big a deal to some people. My weirdness may not make sense but tough tits about that, can’t change any of it now. So I started a Gishwhes team and some friends joined me, and they had a friend or two join. Some of us know each other pretty well, others not well or at all and some of us know none of us. But we all joined up because someone we love is doing it, it’s for a good cause and going to be a veritable shit ton of fun. And the prize pretty kick-ass. So, we had four slots left to fill by the time registration closed  and as the guidelines state, we were paired with other people. I was nervous and excited to meet them. I couldn’t not wonder about where they would be, what they would be like and I have to be honest, I day-dreamed some about this being such a damn fine experience that we all became such wonderful friends the friendship continued long after the hunt was over. Yeah yeah, silly and optimistic and incredibly unrealistic. And so far from what really happened. And this is where that whole prompt thing comes in. Goddamn I still want to cry even as I sit here and type it. WTF. Not normal for me guys, to be this……whatever this is.

Ok, trying to keep this from being a rambling nonsense post that’s terrible. Here is a little more about The Happening. So, new people are here. As soon as I have the email addresses I send an irritatingly happy email to the entire crew so everyone has everyone’s info. They were sent invites to the chat platform we chose to use instead of FB or texting. The very first response we get is negative, insulting and dismissive. I hoped it was an anomaly but it was foreshadowing. Because after that the communication just went to shit. They were not happy. They did not read the guidelines well and were not expecting to have happen what really happened and it was crystal clear from the conversations with their (appointed or not, I don’t know if they wanted him to be or he took it upon himself) spokesperson. The negative and condescending tone continued in the group chat feed and into direct message conversations with individuals. It was nuts. We all tried very hard to be welcoming, find out what they were unhappy about and what it was we could do to help make this easier for them. Radio silence from three of them, infuriating arguing and frankly, what felt like gas-lighting, from the spokesperson. Jesus H. Christ. So we set some boundaries. It was pretty much a ‘hey we get it and we are sorry but stop with the attitude dude’ but said a lot better than that. We used more words and professional and adult language. Maybe that’s where I went wrong. Maybe I should have just said that and worked on moving forward. I was having trouble not taking things personally and didn’t like how he was treating my teammates and friends. And then he replied. Oh holy fucking hell. And as we are trying to put a shut-down on that shit, talking with another of their team members seemed to net positive results. Till he threatened legal action against unsubstantiated cyber bullying claims. Weeeelllll I fucking lost it. Lost my shit. Not at him thank god, just more of generalized ‘holy shit holy shit holy shit holy shit’ kind of thing. I was stunned. Absolutely stunned. And frightened. Terrified. I know we did nothing wrong but that’s not stopped other people from ruining someones life, has it? It happens all the time. And despite knowing that he just has no legitimate claim to make against us at all, I was still turned inside out. My hands were shaking, my throat had that pre-cry tightness and the pounding heartbeat was joining in. All the fun physiological effects of high emotional distress Weeeeeeee!!!!

That was yesterday. This morning I woke up with an emotional hangover. The pre-cry throat is still hanging around too.

So this should be the point where I bring in that word prompt that started this whole post in the first place. (Full disclosure, I had been hemming and hawing about writing about it anyway and was going to at least post something here but was still unsure what that was going to look like….)(the prompt happened and it looks like this) So I’m here thinking “doo doo doo, just look at some random stuff before deciding what to write, hmm hmm, la la la, distraction distraction….” then bammo, Prompt of the Day: Partner.

And I thought about Team FrumpBusters. And the friends that already had and the friends I’m making because of Team FrumpBusters and this whole Gishwhes thing we all said yes to. And I clicked the damn link thing to post about it and here we are my dudes. We took the long way but we made it. My partners. Team FrumpBusters. These are the most fucking awesome motherfuckers I know. They supported me, calmed my ass down, listened to me, brought me back to reality, shushed me, loved me, defended me, cheered me up, made me laugh, let me be a cry baby, distracted me and if they had been with me in person I would have gotten hugs and pats and knowing my people some chocolate or something like that. Damn. That shit makes me want to cry too. I don’t know why sometimes it feels so surprising to have friends like this. But I have tremendously awesome friends like this. I have people that care enough about me to do this stuff. For me. To have someone stand next to you while weird shit is going on, good and bad, and help carry it, and give you what you need so you can keep carrying the part you’re supposed to carry, not letting you drop it but no shit talking or scolding if you maybe let a corner fall or something. Helping you get back to center. And keep you from being alone.

I don’t know if I was supposed to write about my definition of a partner, or describe my perfect partner, or tell stories about partners or whatever, but this is what came out y’all. Maybe I should have spent more of this post on them. There will be more of that as we continue through Gishwhes but for now check out the post above this (below? before?) one. I don’t have just one partner, I’ve got a whole crew of them. And they just got heart gushed by me. Gross.