Hi hello good morning how are you?!?!

Almost six am and got me a wild hair to write some shit down here. It may not be of much importance, but for 2019 one of the pseudo-resolutions I’ve sorta given myself (taken on? decided to try? implement? what is a good phrasing here?) is to fucking follow through with shit. I have great ideas all the time. I get solutions to what ails gifted to me for free daily. The revelations I am presented that will improve and change me and my world for the better are on the reg (do the kids still say that?). But do I take advantage? Do I move my ass, get in gear and do the shit? Hell no!! Why the fuck not? No idea!! But 2018 was the Year of Doing Stuff and that shall continue and so 2019 is gonna head towards The Year of Follow Through. Because (here is where it gets deep y’all) the solution to all my slow burn problems, the ones we all have, the ones we wallow in, roll around in and rub on our faces, ones we piss and moan and cry and want so different but ‘it’s too haaaarrrd’ (heh, she said, heh), these kinds of problems have a solution that is very near at hand. I mean so close. As close as I am. Which is right fucking here. Catch my drift? You get what I’m sayin’? You know what I mean? You know what I mean. All I have to do is take some fucking action man, and I even know which action to fucking take. So, follow through on some shit. I am scared and lazy and doubtful and even sickeningly content (ew) not taking the action because I delusionally feel it’s easer to stay sitting in my poopy diaper of self-pity instead of just getting my ass UP and DOING SOMETHING. Christ Almighty why do I resist when I know exactly what resisting gets me every single time? Jeeeeesus. Ok. Here I go. Will report back. 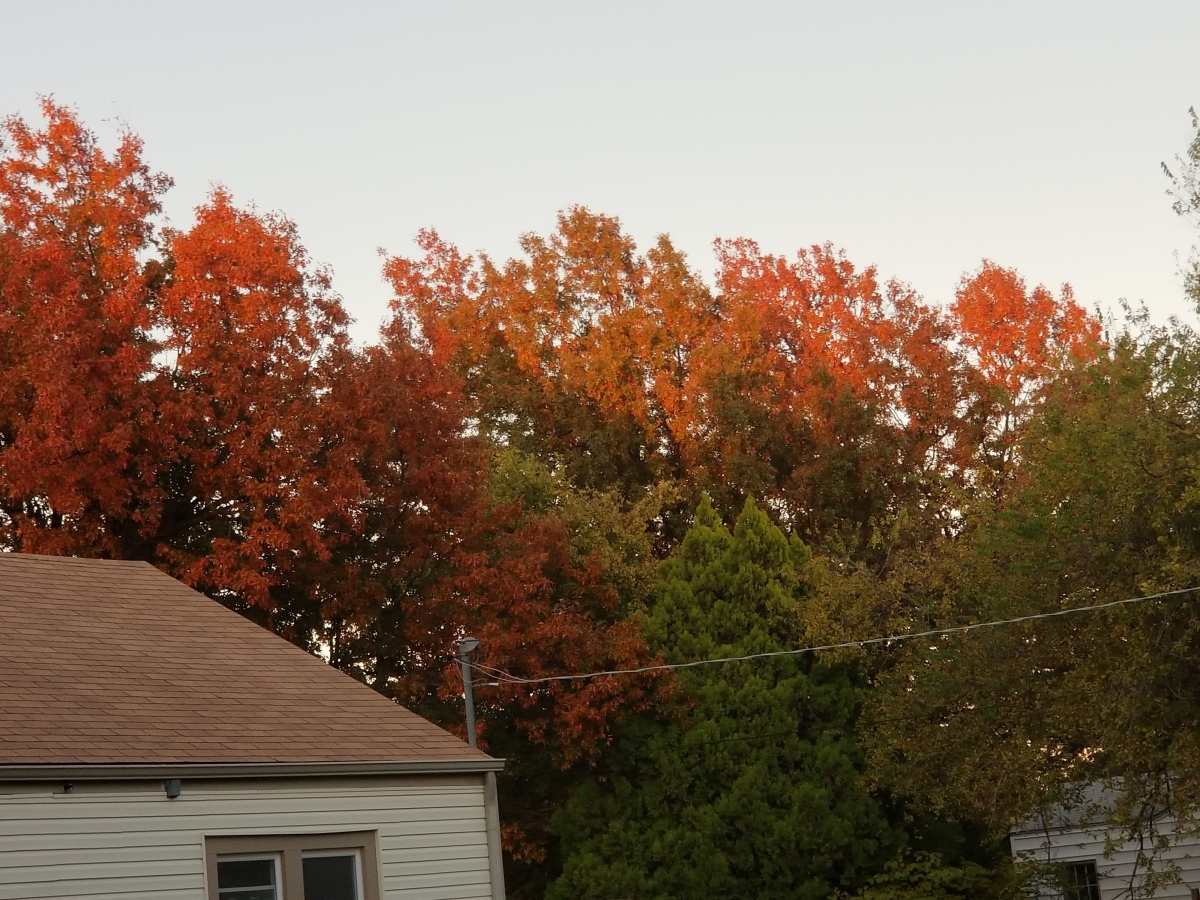 Why am I still at work?
What fresh hell hath consigned me thusly to chair and desk as the sun shines warmly and the ladybugs fly? Why must I be trapped under florescent lights and in processed air rather than the sky and cool wind to whoosh in my ears? What wrongs have I committed to be so tortured as this? I could be free! I could out amongst nature with trees and dirt and clouds! I could be rejuvenated by the very air, open and clear! I could be reacquainting myself with the very carbon from which we come, digging in the dirt, preparing the garden one final time for the long sleep of winter. This day, this sunny sunny day, could be the last …. the last warmth I could feel from the sun before the season of cold takes over, bringing the world to its knees in a frozen anguish. Why am I here? What must I do to be free before this one last chance at goodness and light is lost, gone forevermore?!?!?

So I’ve been wanting to do another post but haven’t had much in the way of subject matter come to mind so …. nothing happened. But now I think I have a few things to say. Aren’t you pleased about that?

I love to read. All kinds of shit. My mom started me reading really young. She encouraged me to try new things. She got me started on science fiction when I was still in grade school and moved on to James Thurber in junior high. Mot of my family was pretty encouraging too but  when Grandad found me reading Catcher in the Rye he was aghast. Yes, aghast. He was very upset at the filthy filthy language. Also I may have been a grade or two too young for it. Maybe it’s a brag but out of all the school subjects, reading was what I was consistently good at and when testing began, reading comprehension was where all the high scores were.  In the sixth grade I was at a 12th grade reading level. Yeah, a brag. And I bet there are those of you that will scoff and say “oh that is nothing, when I was two I was reading at 37 year old’s level”. Good for you. I’m taking my brag. There were only a couple other kids in my class with that score so there. Nanny nanny boo boo.

ANYWAY. I love to read. Novels, short stories, essays, sci-fi, horror (sometimes), mystery, suspense, an occasional biography, some poetry. But fiction was and is my jam. And as long as the author knows how to write well, I believe I could read just about anything. And then I found fanfic. Oh boy. Oh boy oh boy oh boy. I discovered all kinds of shit. Like, good shit and some really really really bad shit. Very really bad. Using a lot of really big and/or obscure words in long sentences doesn’t make you a good writer. Neither does making each work a spiritual and moral reflection of blah blah blah. I mean that shit is tempting. I have fallen prey to that myself. In this very blog too, I am sure. It’s fun to write that shit!!! But I think for readability other things should be considered. I could maybe take a minute and consider them myself, if I want readers for this thing……so anyway, here are some things I’ve run across that would be simple changes and would improve readability and, well, everything else about the story.

Ok, one, please reconsider the use of ‘orb’ for anything spherical in shape, especially eyes. Jesus. “The candlelight was reflected in his green orbs”. Ick. No. Eyes is sufficient if you really really need to write that sentence. Two, who fucking smirks all the fucking time? I mean really? Every single time that character does something with a facial expression it’s a smirk? Every time? Really? Stop making your characters smirk! Like, once a story is fine if they are being super snarky or something, maybe. Also, carding fingers through locks of hair, locks of hair fell in his orbs, the sun made those golden locks shine. Good Christ. Just, no. It’s ok to make a simple sentence about how pretty her blond hair was, or that is was soft or some shit. No need to be super flowery all the damn time. Save that stuff and dole it out piecemeal. One of my fave fanfics has a paragraph that makes me cry every time I read it. It’s kind of long and it’s just describing a coat being pulled from a dryer and zipped up. She writes how the kid getting zipped felt watching his brother do the zipping, how the metal was hot, what his facial expression was. She might use a couple three dollar words in there but there are only one or two. She is able to structure the sentences and use simple words to describe this mundane scene that makes my heart almost ache. And there is more than just the coat zipping, there are the feelings being described too. Jesus. She is a very good writer in my opinion, whatever that is worth. If I ever decided to try writing fiction I would pay attention to how she writes. Her dialogue is easy to follow and flows naturally. The ‘voice’ of each character is true and while the subject matter is fairly out there (fiction!!!) the people are very believable. I think it’s almost time to re-read that one.

So, there is my thing about writing. Time to apply some of that thoughtful consideration to my words as well. One of my fave writers is James Thurber. That man could pack so much shit in just a short essay. He said once, that he felt that continuous editing was what made his work successful (not a direct quote, don’t get all MLA on me here). He was constantly re-reading and re-writing, paring it down and taking out the extra padding, if you will. I guess his style was somewhat spare, like Hemingway. I think he had a similar philosophy when it came to his writing. Just take out all the unnecessary words and what’s left will still tell the story. But, I also like a wordy style of writing too and the author that can find a balance between the two is very enjoyable to me. (think Stephen King – has written some really beautiful stuff about not beautiful things and used lots of words and stuff)(and I seriously doubt he ever used orbs or locks). So I know I sound like a snob but I also do like a nice big word every once in a while. And sometimes a little fancy word combination is fun. A little bit of that extra introspective flowery shit can be a good addition sometimes! But let’s not get carried away here and cram each paragraph with that kind of stuff. I’m a reader, not a writer and I was just talking about what kind of stuff I like to read so I do hope no one takes this personally. I enjoy writing, that’s why I’ve got this damn blog, but it’s for personal enjoyment more than anything at this point. And in one previous post I said something about “the brain thinks, the fingers type” or something like that.  Also with pen and paper. Gotta have the right pen, writing surface and paper though. You get a good combo of that going on and it’s a damn enjoyable experience. Throw in some of those big words and deep thought and your journal has reached new heights of angsty greatness. So yeah, here we are!

Ok. I said I was done then kept going. Sorry about that. Now I am done.

And now I want to talk about…….lunch.